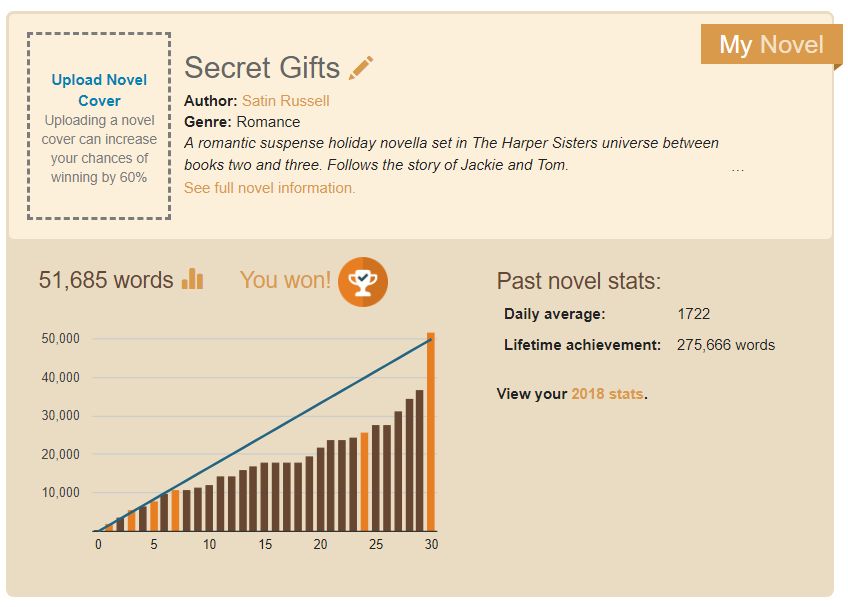 This is what the graph of a procrastinator looks like. Use this as a cautionary tale and don’t do NaNoWriMo like this, kids. Trust me. By the end my wrist hurt and my brain was absolute mush.

On the last day of November, I wrote for nearly fourteen hours straight and produced 14,921 words. In the end, I wound up with 51,685 words and validated my work with ONE MINUTE to spare.

You know what the best part of this whole experience was? Even though this was my sixth time participating in NaNoWriMo, I remembered some important lessons about writing that I’d forgotten.

I’ve been struggling with my third book in The Harper Sisters universe for months now. Fiona Harper’s story just hasn’t been coming together like I want it to, and it’s been very frustrating. It’s gotten to the point where I resent the story and the characters, which is not a very healthy place to be as a writer.

I think there are a number of reasons why this has been the case. One major factor has been that as I’m writing, I’ve been painfully aware of the fact that people are going to be reading it. Customers and fans have been asking when it will be finished for awhile now, and I can feel the pressure of their expectations as I’m trying to write the first draft.

It’s made me hyper-critical of my writing and I’ve started second-guessing myself. I’ve started wondering if I’m really cut out for this whole author business.

So, for NaNoWriMo, I decided I was going to set my third book aside and focus my energy on this new project. It’s a short holiday novella, still set in the Harper Sisters universe, but featuring Jackie and Tom, instead.

For those who haven’t read Secret Hunger, Jackie and Tom were two of the side characters. They got together behind the scenes in that book. This novella picks up one year later, as Tom is getting ready to take the relationship to the next level. Unfortunately, his best-laid plans for the future get stymied when Jackie’s past shows up on her doorstep.

Throughout November, I gave myself permission to write a shitty first draft – a practice I had forgotten to do while struggling with Secret Dream. This was especially liberating on the last day when I basically had to put my head down and scream onto the page for fourteen hours straight. There was no time to self-edit or critique my work, so I didn’t.

So, did I win NaNoWriMo 2018? Yes! But I won so much more than what this final graph shows. 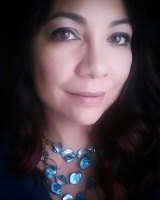 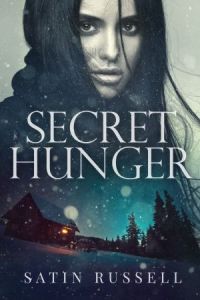 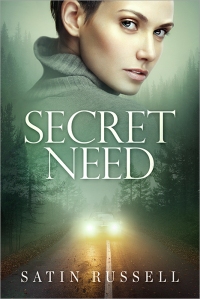 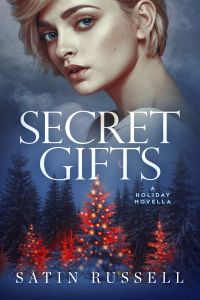 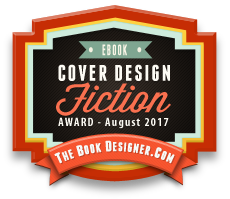 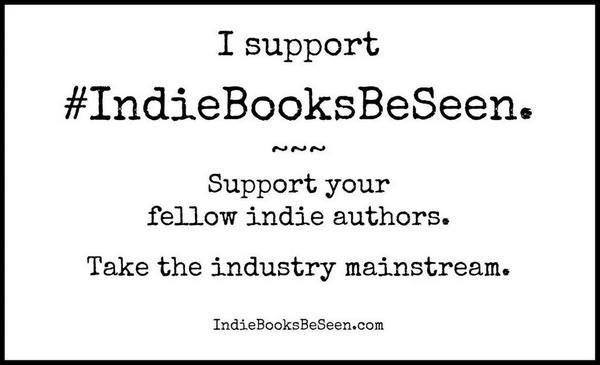